It was 2015 when “Bert” turned 65. Bert was an ex-smoker who had quit smoking the second time (and the last time) about 10 years earlier. He was a healthy weight, did not have bad dietary habits, walked regularly, and took no medications.

May 30, 2018, Bert was told he had Stage 2 lung cancer. A partial lobectomy was performed, and he underwent his first chemo treatment on July 18. At the end of October, another CT scan determined the chemo was not working. In November, Bert began a second therapy. Unfortunately, his cancer was aggressive and spreading fast. Bert continued treatment until he went home to the Lord 11 months after his initial diagnosis.

The Expenses Piled Up

What you do not see just reading Bert’s story is the stress he had over medical bills. You do not see the mounting medical bills he was receiving and the checks he wrote monthly. You do not see his fear that his doctor would stop treating him if he didn’t pay. Reassurance did not help him. I got him and his son in touch with the American Cancer Society to find out about grants and forwarded forms to the hospital for financial assistance. But the worry over finances was still there. More than once, Bert told me he was thinking about discontinuing treatments because he could not pay the bills.

You see, the bills kept showing up in his mailbox and Bert got behind on his rent. Sure, he could have ignored the bills for treatments, but he still had copays for follow-up doctor visits, CT Scans, and other services he was required to pay up front. Plus, his medication costs increased. So rather than risk being evicted, Bert gave up his home and moved in with his son, far away from his church family and friends.

Bert was fortunate he had family to help. Though it did not help his mental or emotional wellbeing to lose so much during that trying time. The thing is, Bert and I talked on several occasions, while he was still healthy, about preparing for the unknown but he did not want to take on “another bill every month” when his finances were tight already.

What About My Current Medicare Advantage or Medigap?

Before I talk about Cancer coverage, I want to lay a little groundwork to put some perspective on a couple of different starting points as far as health insurance goes. First, let us talk about a Medicare Supplement. I will use Plan G as an example. Once you meet the Part B deductible, you are covered at 100% for your health care. Your rates will not increase because you get sick and use the plan. You will only have the regular periodic increases everyone has. As long you continue to pay your premiums, you will not lose your coverage. Each year on January 1, your Part B deductible resets.

Conversely, if you have a Medicare Advantage Plan, there are (for most plans) no deductibles to meet before coverage begins. Medicare Advantage plans often have low premiums or no premiums. You pay copays and coinsurance until you reach an annual limit called the Maximum Out of Pocket (MOOP). When the annual MOOP is reached, your health care is covered at 100% – you do have a cap on out of pocket expenses. January 1, everything resets, and you start all over. To put a little more perspective on this, most of my people never reach their MOOP. This sounds fine but most people have no idea what their MOOP is or how it works.

Now, let’s talk about Cancer. So often, it seems to happen in the Fall. That means, if you have a Medicare Advantage (MA) plan, you are probably going to reach your MOOP before the end of the year. Then, remember that on January 1 everything, including the MOOP, resets. You are in the middle of your treatments, and you are probably going to hit your MOOP again in the spring. Effectively, you have reached your maximum out of pocket for two plan years in a matter of a few months and are out of pocket thousands of dollars – how many thousands depends on your plan. If you had the Medigap Plan G, you would have paid only the Part B deductible for each year so you are only out of pocket a few hundred dollars.

I realize most people believe Cancer will not happen to them, especially if they make healthy lifestyle choices. You only need to recall Patrick Zwayze lost his battle to Pancreatic Cancer at age 57, despite being incredibly healthy, to know Cancer happens anyway. And, remember Dana Reeve, the wife of Christopher Reeve, lost her battle with Lung Cancer at the age of 44 even though she never smoked. Cancer does not follow the rules. Bob Marley succumbed to a rare, aggressive, form of skin cancer at age 36 – it started under a toenail.

For these reasons, you may want to consider Cancer coverage. Regardless of the health insurance plan you have, a few dollars can provide an additional financial safety net. While you will have to qualify for coverage, the applications are usually short and there are only a few questions, in most cases. Of course, different plans have different underwriting guidelines, but the key is to apply before you get sick.

For a few dollars, these plans can make all the difference. Depending on which plan you chose, it may pay all your out-of-pocket expenses and then some. For those of you who are still working, consider how losing your income will affect your ability to pay household expenses if a critical illness strikes. Again, for a few dollars you may find your financial burdens lessened.

The truth is, in spite of the best laid plans, you are going to be hit financially no matter what. Knowing that even in the best of circumstances Cancer and other critical illnesses happen is just being realistic. Preparing for the possibility is smart. If you are already retired and drawing Social Security, maybe even with a nice nest egg, having the right Medigap plan may be all you need. On the other hand, if you are retired and living on Social Security, you may not be comfortable paying a Medigap premium. Or, maybe you’ve always been healthy and don’t see the need for extra protection. Choosing a Medicare Advantage plan may make sense but make certain you know and understand your out of pocket limits. And, consider how a low cost Cancer plan may help.

The adage, an ounce of prevention is worth a pound of cure, is certainly true. I even have Cancer policies, as well as Heart Attack and Stroke policies, on myself and my husband. Yes, we have health insurance, but I know the value of a little extra coverage, just in case.

I can honestly say I hope the money I am spending on the added protection is money wasted. 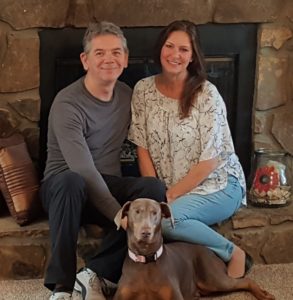 Born in Tennessee but raised in Georgia, I lived in California for a while before coming back home to settle. I’ve had the opportunity to travel overseas and see Scotland. Currently, I live in Paulding County with my husband and I’m active in the senior and veteran community. I’m a lover of animals, the outdoors, and I’m about as down to earth as you can get.

Centers for Medicare & Medicaid Service (CMS) has proposed a ruling requiring that pharmacies pass price concessions received for a Part D covered drug on to a Part D member at the point of sale. Currently, if a pharmacy receives a performance related price concession, they keep it.